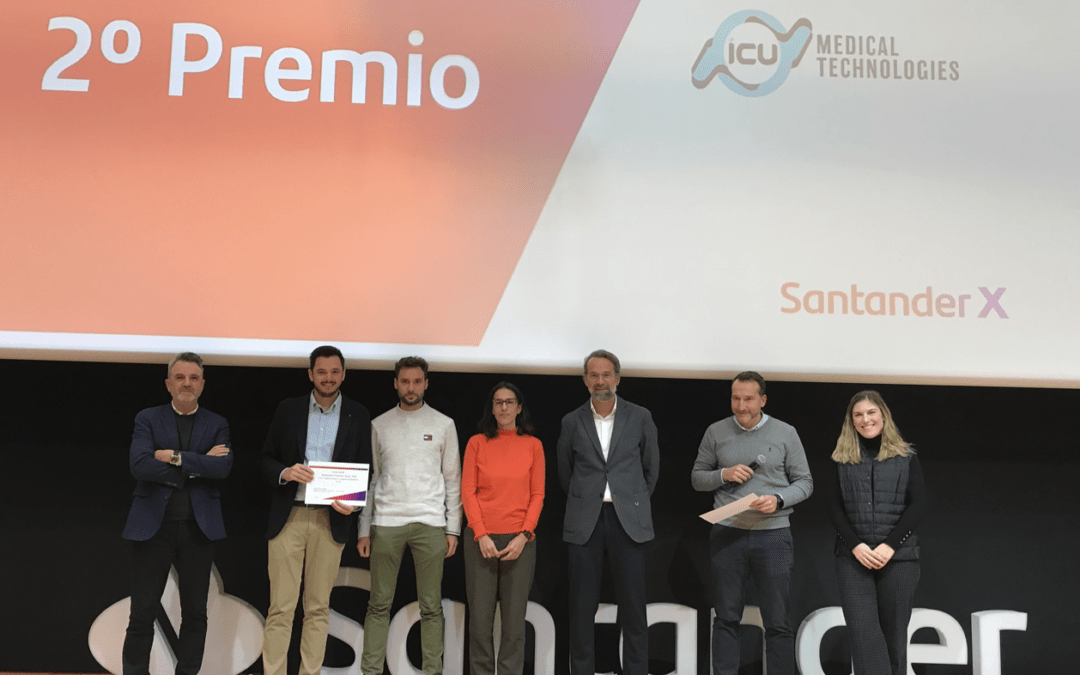 The second edition of the Santander X Spain awards, promoted by Santander Universities, was held on November 29 at the Banco Santander headquarters in Madrid. The 20 finalists of the two categories met: 10 projects in the development phase for the Launch category, and 10 established StartUps for the Accelerate category, which are in more advanced stages, seeking financing for commercialization and growth. For the selection of the finalists, more than 350 national projects were evaluated and for the first year, all Spanish universities have participated with their own projects.

ICU Medical Technologies presented the advances achieved during the last year in its system to perform temporary cardiac pacing, KronoSafe®. After carrying out clinical validation with the first study published in the European Journal of Cardiology, it now has the approval of the Spanish Agency to carry out a multicenter study with the Vall d’Hebron Hospital in Barcelona and the General Hospital in Alicante – Dr. Balmis. The next steps are to achieved the financing round that will allow it to complete the regulatory process and start KronoSafe® commercialization in Europe.

This year, the project was selected in the Accelerate category, which had a jury of recognized national prestige. María Ugena (CTiO at Banco Santander Spain), David Conde (CEO at COINSCRAP), Fran Estevan (Co-Founder and CEO at INSOMNIA), Javier Jiménez (General Director of LANZADERA) and Andrea Sánchez (Entrepreneurship manager of Santander Universities). The aspects that were taken into account for the evaluation of the projects were the magnitude of the problem that it solved, the innovation, the feasibility of the project and, above all, the impact generated for society.

This award, in addition to the economic part, selects the project to participate in the Santander X Global Award Final, which will be held in Valencia on May 8, 9 and 10 during the V International Meeting of Rectors.